War is Hell + Cry of Battle 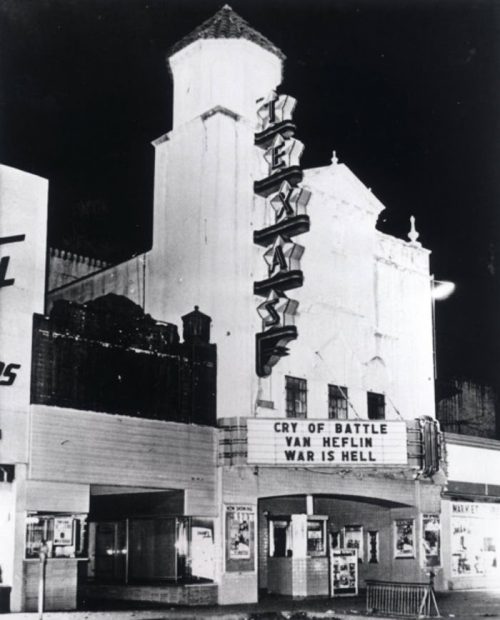 The Texas Theatre is proud to present our annual screening program of WAR IS HELL and CRY OF BATTLE at the exact times and ticket prices as Nov 22, 1963

On 11-22-1963, Lee Harvey Oswald walked into the screening a few minutes after the film started and was
“removed” by The Dallas Police Department a few min later.

2:45pm – .90 Cents Admission.
CRY OF BATTLE – Partial version of the Van Heflin and Rita Moreno WWII film that probably never actually screened on 11-22-63 but was famously on the marquee!